June 2004: Britney Spears was at the top of the charts – based only on sales of physical singles, Facebook was celebrating its 4 month anniversary, Gmail was in beta mode and available by invitation only with 1GB of storage, and a fledgling ISP called Beaming was registered with Companies House.

A lot has changed in the internet world since Beaming was launched, with businesses and trends coming and going. That’s why we’re so proud to have stayed the course for those 15 years.

In 2004, 11.7% of the world’s population was online; now it’s 56.8%. The internet has gone from a service used for basic communications by a small percentage, to being the core framework on which we build our businesses. The software we use for our day to day work is hosted in the cloud, we make payments and submit our taxes online, our websites are a major source of sales (2.3% of all retail expenditure in the UK was online in 2004, vs 18% in 2018) and we can email, message and video-call colleagues across the globe in an instant using technologies capable of transporting 100s of Gigabits per second.

With so much noise around the rise of the internet and the digital economy, how have we managed to differentiate ourselves from the ISPs we’ve seen come and go? We might have switched from Asking Jeeves to Googling it, but there are some principles we haven’t wavered on over the years.

No one was Tweeting about how great our service was back in 2004 – because Twitter didn’t exist until 2006. Even before the world of make or break online reviews, we were clear on one thing: We wanted to give our customers expert service, in plain English and without long, frustrating waits. Read our customer testimonials and decide for yourself whether we’ve achieved the gold standard of service we strive for.

Back in 2004 you might have expected your online communications at home to be cut short when someone in your house picked up the phone to make a call, but for businesses, staying connected is more of a necessity than a luxury. That’s why our network has been built to provide steady speeds and the utmost resilience.

2004 saw the emergence of the MyDoom worm, which at the time of writing still holds the record as the fastest spreading email worm of all time. Since then we’ve seen increasing numbers of cyber criminals looking to exploit the growth in internet connectivity, and have put a lot of effort into researching the methods used by hackers so as to help businesses arm themselves against the online threats they face. We do the most we possibly can to protect our customers from cyber attacks and firmly believe that educating them –and others – is a large part of that.

One more thing you might have noticed that’s stuck with us: The famous Beaming frog. Check out some advertising from our early days. It was even scratch-and-sniff! 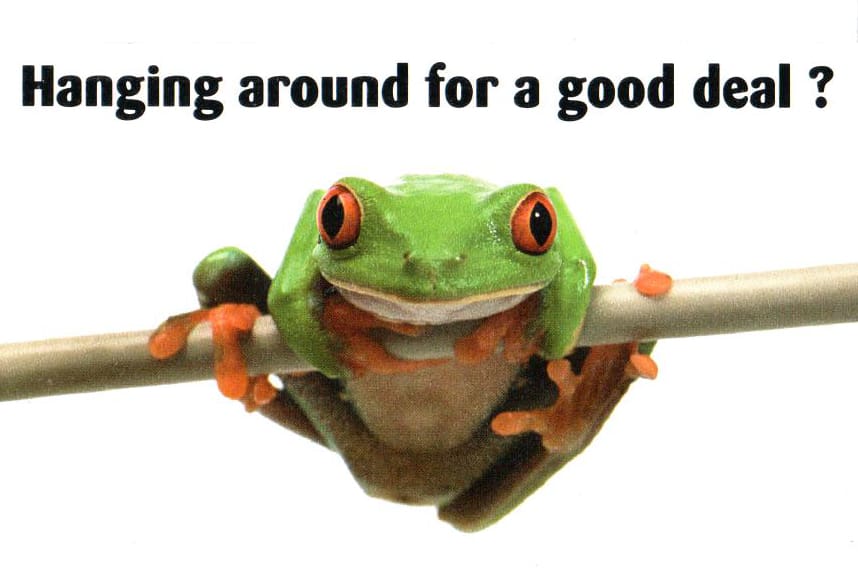 We’ve carried the Beaming Frog with us from our early days and you can find him hidden away on our current website (Hint: try looking at the very bottom of our homepage on the left hand side).

In another 15 years’ time we’re sure the principles on which we built Beaming will still be the same, but who knows where technology will take us? Perhaps to a scratch-and-sniff website.

What does Beaming offer?

How can we help?

Tap into our 15 years’ experience

Subscribe to our monthly email updates for cyber security news and tech how-tos that keep your business safe and improve productivity.