UK Cyber Crime has doubled since 2015

UK cybercrime has doubled in the last five years, costing businesses £87 billion since 2015

The number of UK businesses succumbing to cyber attacks has doubled in the last five years, with the sharpest spike in victim rates coming in the small-business community, according to our research.

In every year of Beaming’s study, large companies (250+ employees) were most at risk, culminating last year with nine out of 10 (87%) falling victim. Small businesses experienced the steepest rise in victim rates: 28% of 11-50 person firms were hit in 2015, rising steeply to 62% last year.

The total cost of cyber-security breaches over the last five years – including damaged assets, financial penalties and lost productivity – is believed to be more than £87 billion.

Sonia Blizzard, managing director of Beaming, comments: “Cybercrime is one of the first fields to embrace automation, allowing hackers to launch increasingly sophisticated attacks with unprecedented scale and frequency. Businesses of all sizes need to think hard about improving the resilience of their IT and communication systems, to minimise the chances of being breached and the potential impact.

‘The threat has grown astronomically over the last five years. ’
Sonia Blizzard, managing director of Beaming

“The threat has grown astronomically over the last five years. What used to be seen as a big-business problem has become a serious concern for every company director, manager and IT professional out there.

“Small businesses are now on the front line in the war against cybercrime. But they haven’t invested in cyber security or employee education at the same rate as their larger counterparts, and they are easier targets as a result.”

We’ve used our five years of insight to produce a free guide for businesses of all sizes, to help you  understand the risks and know the steps you need to take to better protect you company.

We’ve used our five years of insight to produce this guide for businesses of all sizes, which will help you discover:

Find out how cyber threats have changed over the past five years, protect your business and prepare for the next five years. Download Beaming’s Five Years in Cyber Security guide now. 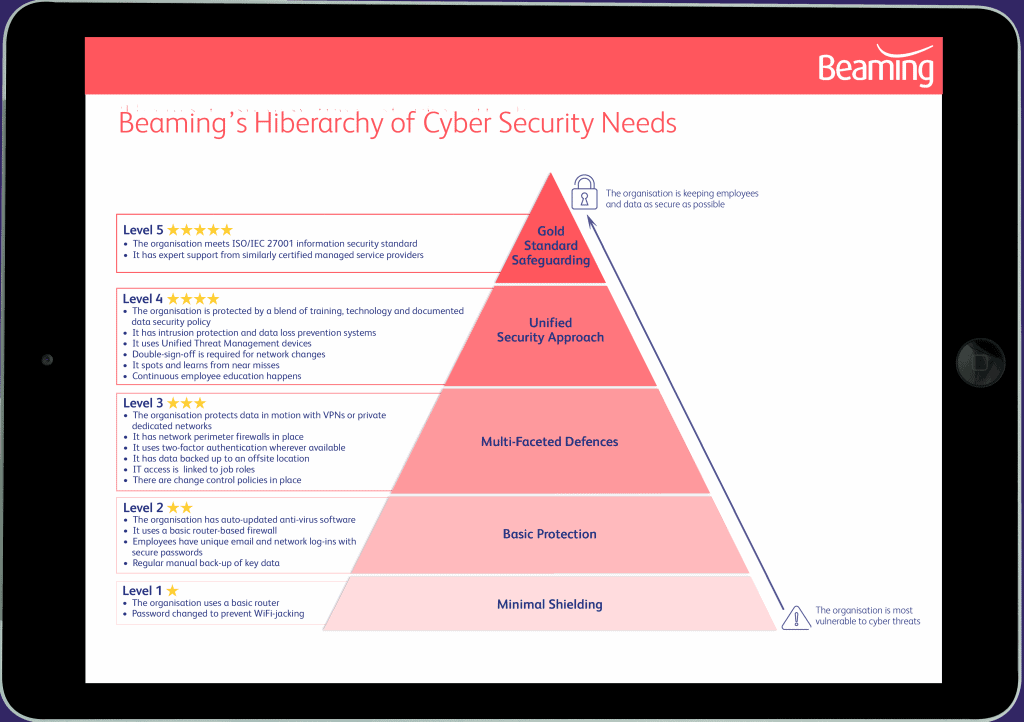